We had an issue where a Kodak i160 scanner would appear when a Windows 7 machine booted but then disappear after the Kodak i160 scanner went to sleep.
The Kodak scanner was using a Kofax Virtual Rescan driver, after some checking it turned out the machine was using a standard fire wire driver for the KEC 1582t PCI card which worked fine on Windows XP Professional SP3.

The way around this was to use a legacy driver which is included as part of Windows 7 (It appears to work with a number of other fire wire cards as well for slow performance). 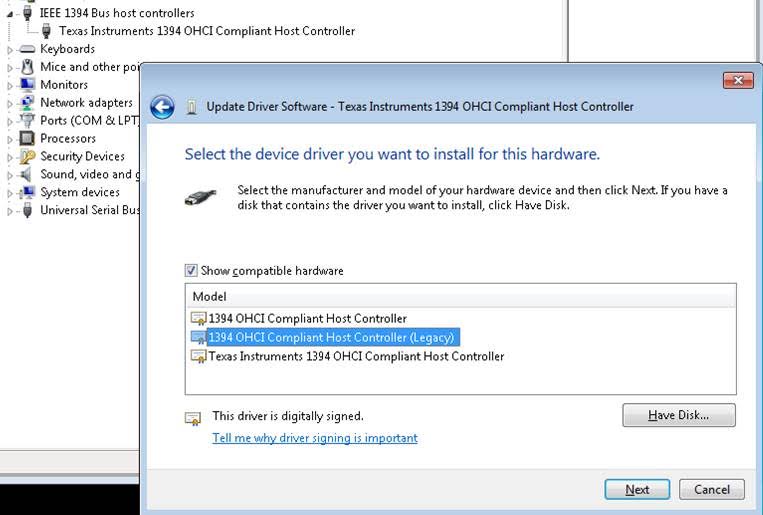 Windows 8 doesn’t have this driver as part of the OS and it can be obtained from Microsoft Support
The original MS article announcing this seems to show it doesn’t work for Windows 10, however a website called Studio 1 seems to show it does. I haven’t tested this as the Kodak i160 Scanner has no Windows 10 support, the parts are difficult to get hold of and therefore we are replacing them.